Mac and I have been away for a while. This is our return and Howdee! there is a lot going on. We cover some of the events of the last few weeks.

Liz Cheney is going to work against her fellow Republicans. We will see how far she gets after her trouncing.

Zuckerberg admitted they hid the Biden laptop story about Joe being the “Big Guy” getting paid off by his son Hunter at the behest of the FBI. These people need to be put under oath when the Republicans take back the House.

Former CIA Director Michael Hayden proves he should have never been in charge of the CIA. He thinks a large portion of the country is nihilistic, dangerous, and contemptible. 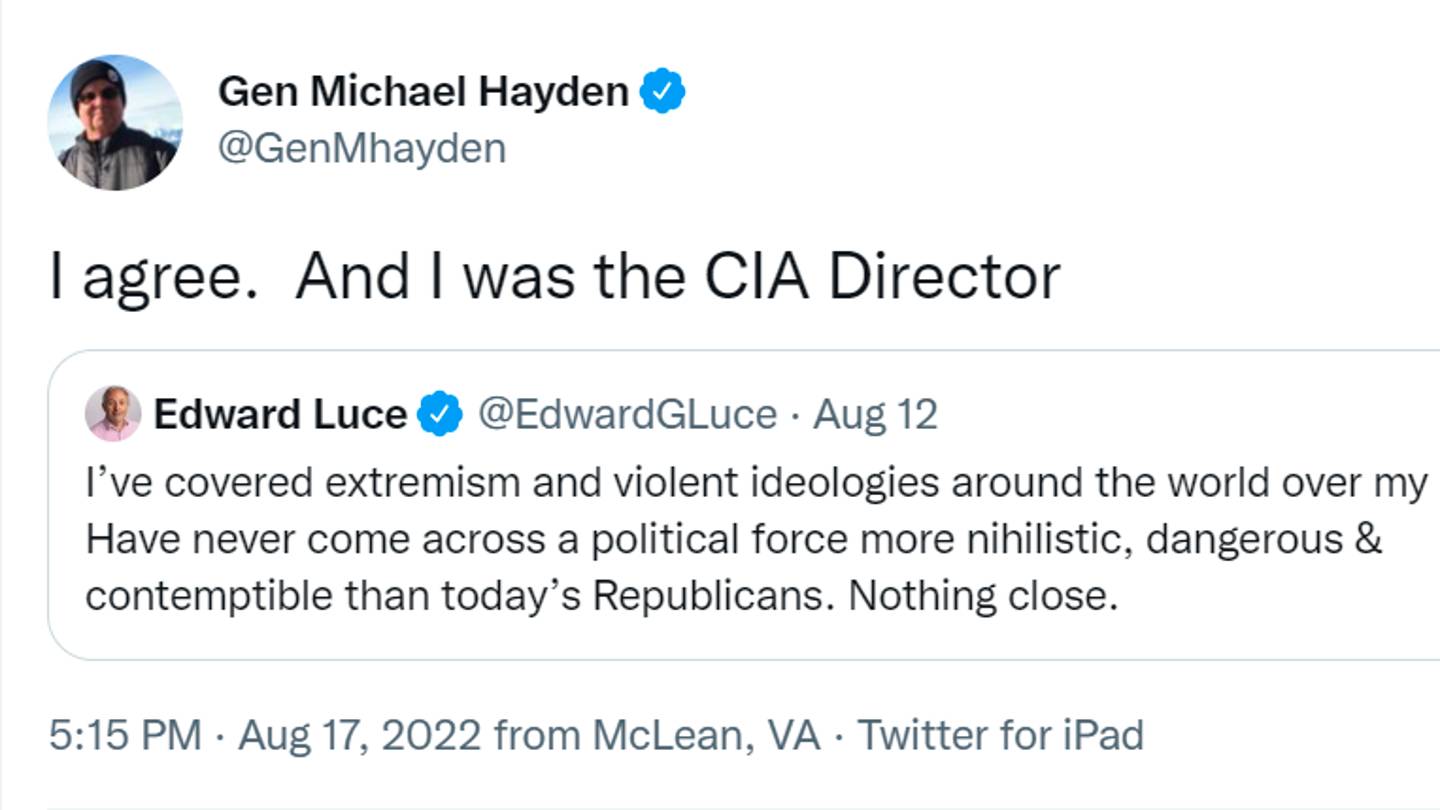 87,000 new IRS agents when Trump wanted to simplify the taxes and cut the current IRS agency in half. One more than doubles the size and the other cuts it in half! What makes sense to you?

Of course, getting the middle class to pay off college debt is ridiculous. Maybe that was proposed just to take the focus off the Green New Deal package they passed calling it Inflation Reduction. Do you believe that? I have yet to meet the man on the street that does.

Then we have the anniversary of the Afghanistan pull-out debacle. More than 1,000 American citizens remain there along with many more thousands of those who supported us and we promised to get out. Yep, this is the Democrat version of America. Sad.

As Mac asks in the end: “When are you going to wake up and say I’m mad as hell and I’m not going to take it anymore!”?

View all of Mike Kelly's posts.

This site uses Akismet to reduce spam. Learn how your comment data is processed.

Get a website for just $5.99 per month. Do it yourself or use a veteran to help you build it.