Mac and I were discussing the decline in American culture. We are both in our 60s and have noticed things getting worse. We wondered if it had something to do with Christian values declining. We were shocked to discover the decline from 2001 to 2019.

In 2001 those identifying as Christian were at 85%. By 2019 it had reduced to 65%. Today only 41% of Americans attend church. See the chart below and notice where the future is estimated by the dotted lines. You can also see that Christians peaked at over 95% in the mid-1950s.  By 2050 it is estimated that less than half the country will be Christian. 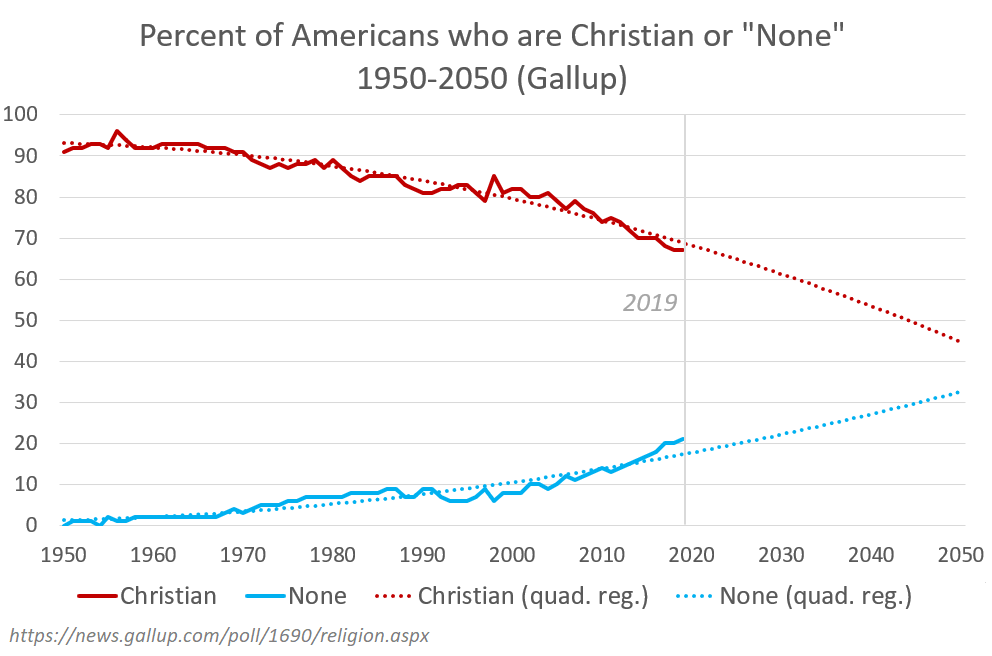 View all of Mike Kelly's posts.

This site uses Akismet to reduce spam. Learn how your comment data is processed.